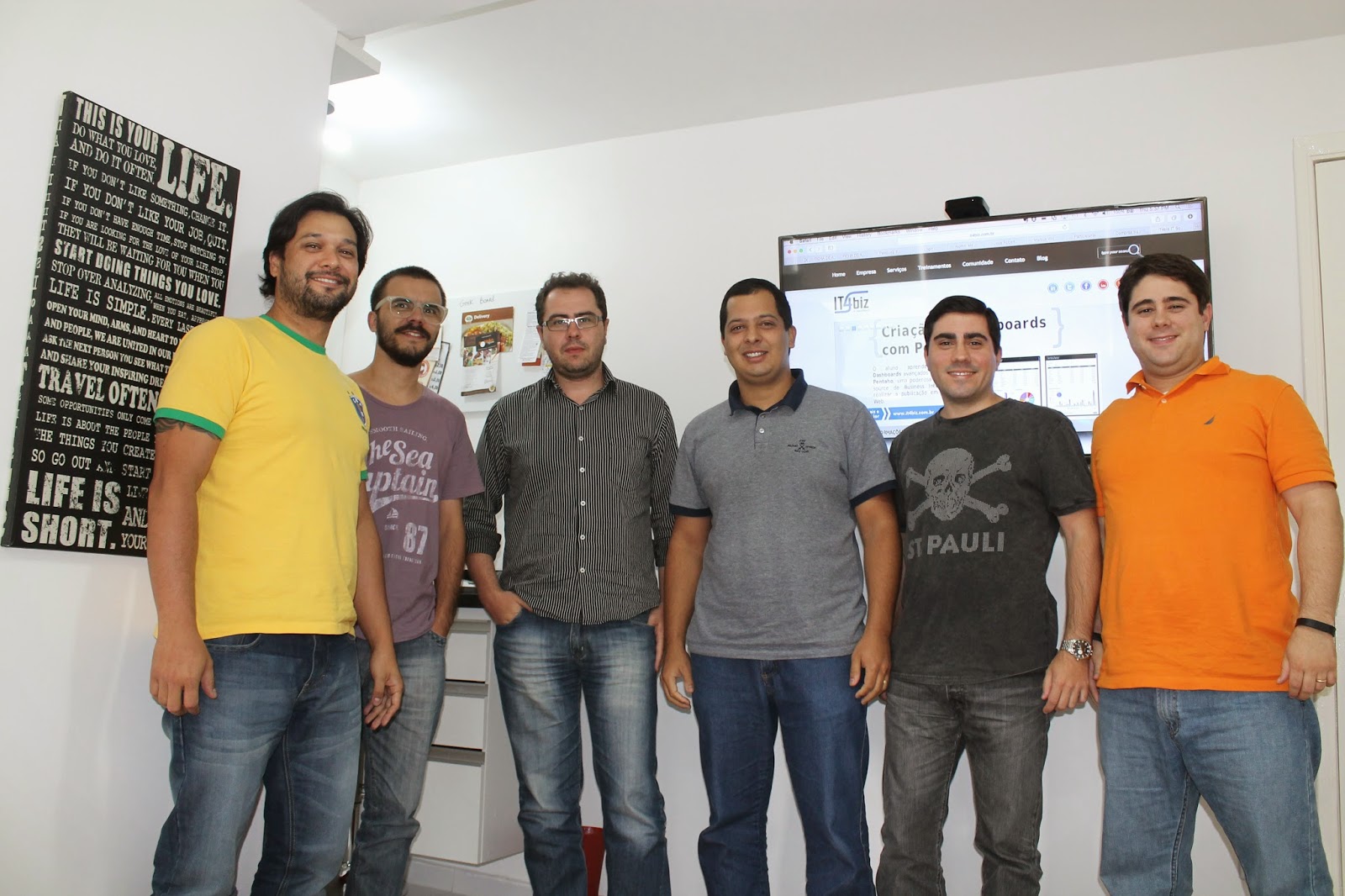 The guys from know.bi did a great job writing about the PCM14 – Pentaho Community Meeting 2014 in Antwerp, Belgium in their blog.

See all the comments below about the community meeting event:

Pedro was the lucky one to open the Pentaho Community Edition 2014. He started to talk about the new features in the new 5.2 version.

First of all the new features in the marketplace.

A total rewrite of the marketplace is done and some constants are added. Mainly so customers can see the difference between Pentaho and community edition features. The plugins supported by Pentaho are marked in blue, the community plugins are marked in green.  Also the plugins Ctools and Sparkle are already included in the new version.

A new feature is the marketplace web to browse all available plugins for server or PDI. The goal of this new web place is that the user can view all plugins even when they are not on a server. http://www.pentaho.com/marketplace

A major reset was done on the PRD crosstabs story. In the 5.2 version they are working!

A new kettle steop is developed to make the integration of the platform easier. The new step is called ‘Call endpoint’. From the step you can point to the Pentaho webserver with the username and password. True which you can communicate with the platform such as schedule and roles information.

CST will be available as a plugin in the marketplace

Bootstrap is, now, the default layouting system for CDE dashboards. Bootstrap is now available for building the dashboards. The biggest advantage is the ability to rescale to different devices.  The CDE layout is improved to work better with bootstrap such as the Panel.  To show the new efficiency of Bootstrap Pedro’s entire presentation was a CDE Dashboard. When he resize the presentation everything scales well.

Jens is gathering information about what’s happening in the field. He created a job to analyze transformation and job entries. The main goal is to download the transformation from Github, which you can run and send him anonymous the results.  He is still experimenting with the possibilities and the gathered results.

Roland Bouman
Roland is here to talk about his Pentaho Analysis editor: Phase.  There are a lot of challenges with all the external model editors, manly the communication and the alignment between the editor and the server. When using the internal editors, you will also encounter difficulties or reach the limit of the editor.

Roland created Phase, an internal editor, which makes it easy for the end user.  You can download Phase from the marketplace. Phase looks a lot like schema workbench but far less complex. Complicated information about the cube is removed. For example they join statements are removed from the cube and assembled in an overview of the database connections.

In Phase you can get an instant overview of your schema via the tab Diagram. This tab provides a way to view the total schema and edit it at the same time.

Phase is not fully finished, Roland is still working on several things such as the Annotation and Properties tab.

Will Gorman
Architectural Vision for 6.0 and Beyond + Pentaho Engineering Update

Will is gone talk about the roadmap of Pentaho for the next years. The main goals are:

Matt Casters
Matt hosted a user input session to discover the missing components and cracks in Kettle. The main goal is to document these cases and file Jira case to improve Kettle.

The example Matt gave is the mixing row layout when you combine two steps with a different layout Kettle throws only an error when you make the hope. But Kettle doesn’t throw an error if the hops already exist and you have added extra fields.

Some users gave input to in their experience improvements for Kettle

Saving the comment in the kettle property file
Order of elements in metadata
Life cycle management
The duration to create a note
More OS X support
Test sets
Editor for the JNDI file
Matt is putting a lot of effort so that Kettle meets the requirements of the users.

Uwe developed the rule engine step, which you can download from the marketplace.

The rule engine can be used to filter data. The step will take the data and process it compared by all defined rules without adding additional rows. The result will be directly added to the row itself.

Each rule engine step is based on a rule group whit different rules and rule groups. This rules can be maintained by an online maintenance tool.

Joel created a Git integration for all bi solution. There are different kind of Git steps: Git info step and Git operations step

The plugin is built in Sparkl with some Java endpoints. The advantage of the plugin are two sided: the client can use the different tags to install the right version and the techie can easily rollback.

Thomas will be talking about the main improvements in PRD.

Instant query meta-data at design-time
Non-blocking design time queries for slow mode
Bulk-data exports (aka fast-mode)
With the improvements the reports are now 5 times faster. For the next few releases everything will be stabilized.

Raimonds from eazyBI, uses for his business intelligence development JRuby, Ruby on Rails, mondrain-olap and many other technologies. In his session he showed us that it is possible to create an entire MDX or define a cube in JRuby. In this cube you can define the cells, properties, members

Raimonds showed us some other ways to create an MDX scheme or a cube first in Javascript and then in Coffeescript. CoffeeScript is a little language that compiles into Javascript. Buth it’s simpler than Javascript.

Marcello created a plugin that intends to deliver a dynamic layer for security for Mondrian – olap engine.

With this plugin, the developers can use the ETL tool to customize the access level. At the moment it’s not yet in the marketplace but it’s already available in Github.

You can maintenance the security for each dataset via a dashboard.

You are able to change the cubeguar.properties file, to add a property for the username. So you can define security for your own users.

The main advantages of the plugin are:

André Simões
Flume was originally a log collector, aggregator and housecleaner. It’s a driver that provides integration between Pentaho Data Integration and Apache Flume. The plugin provides a way to integrate Flume without writing your own Java code.

Flume has a source that converts a log file, a channel and a sink, the output.

You can download the kettle-flume-driver from Github. So far it’s only a proof of concept.

Nelson Sousa
A Generic ETL Machine – The Mother of All ETLs

Nelson was tired of developing always the same ETL, so he developed GEM. Gem is a framework to develop ETL tasks, a flexible and fast loader … You still need to understand PDI before starting with GEM.

GEM is not finished jet: it hasn’t a front end, it isn’t Hadoop ready …

GEM uses a property file where you describe your database, mail and other properties. The properties are used to execute the generic ETL. Therefor you can easily switch between your input steps, queries and other stuff.

Pedro developed a plugin to provide the ability to push notifications to BA-server. The plugin is a EventListeren-based mechanism with a publish/subscribe style.

Pedro build this plugin as a Sparkle plugin, at the moment the development is still in progress.

What is Pentaho CE Audit Plugin?

It is an open source project that helps Pentaho BI Admin users to visualize statistics like:


Learn more
Feel free to use it for Production Environment if it works correctly for you.

This plug-in will apply automatically an Environment configuration, if you want to know more about it please visit the link http://infocenter.pentaho.com/help48/index.jsp?topic=%2Fadmin_guide%2Ftask_switching_to_file_based_logging.html

Installation
For Pentaho BA Users, please use Pentaho Marketplace to install it.

Support
If you need support please feel free to create a issue here https://github.com/it4biz/pentaho-ce-audit/issues we will do our best to help you.

Licenses
Pentaho CE Audit Plugin is a free and open source software. It is available under the terms of the Apache License Version 2. A copy is attached for your convenience.

FlexCarCalc, just put Gasoline Price and Etanol Price, run the program and it will say which one is better in that moment. Run in Java Mobile (J2ME) phones. Download it at: http://www.getjar.com/mobile/35677/flexcarcalc/

"If you want to fly like an eagle, you have to hang around with eagles"